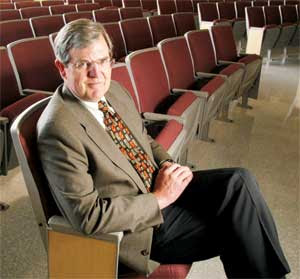 Oro Valley Town Clerk Kathy Cuvelier was shown summary reports on a past Election Day before the polls closed. This activity is in direct violation of state law A.R.S. Sec. 16-621 (a), where it states: “there shall be no preferential counting of ballots for the purpose of projecting the outcome of the election”. Despite this illegal activity, the same people are in charge of the Pima County Elections Division, which is under the direct control of Chuck Huckelberry, who remains the county administrator.

Pima County wants to start counting Early Ballots August 18th! That is 7 days before the election. This a very bad idea. From the litigation and their own records we learned that they have a long tradition of peeking into the “who’s winning and losing” by illegally printing the election results report. Of the data before every election from 2004 to 2006 (when we busted them) based on their own system’s audit logs. They were doing it before then based on eyewitness testimony in court, but the log system didn’t track it back then.

This data is incredibly valuable, both politically and financially. It can be used as a “Zogby poll from hell”, far more accurate and detailed than any big-bucks polling system and therefore also very useful if you need to know how much fraud to do before each election.

Tell your member of the Pima Board of Supervisors that you reject this plan to facilitate fraud in an agency known for fraud in this area.

Your supervisors are here: http://www.pima.gov/bos/bos1.html
Here is the proof. The testimony of Mr. Robbie Evans Pima County Election Integrity Trial Arizona in December 2007

http://video.google.com/videoplay?docid=3065842076090526996#
The plaintiff case seeks to illustrate for the judge that the elections division is unworthy of public trust, is marked by maladministration, persistent errors of judgment, and flaws and neglect in their security procedures. The purpose of Robbie Evans testimony is to give the judge specific reasons why the public interest would be better served by public scrutiny of those records that would allow confirmation of the integrity of the election process than by keeping those records confidential. One consistent theme in the testimony is that summary reports, which contain current vote totals, were frequently printed before elections were closed and handled somewhat casually. Another consistent theme was Bryan Crane’s practice of taking home computer data backups for the remarkably consistent purpose of protecting the data should the building burn down. This in spite the presence of the fire-proof safe in the computer room.

EDA & AUDIT-AZ’s Mission: to restore public ownership and oversight of elections, work to ensure the fundamental right of every American citizen to vote, and to have each vote counted as intended in a secure, transparent, impartial, and independently audited election process.